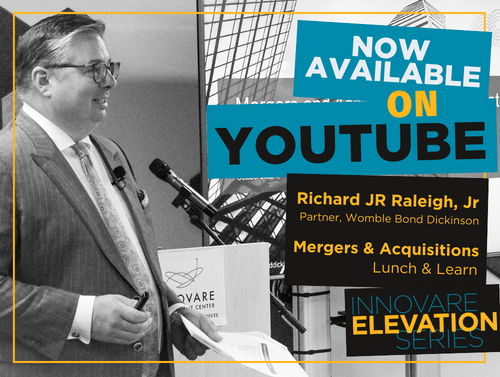 During a recent Lunch & Learn, Richard J.R. Raleigh, Jr., partner at Womble Bond Dickinson, spoke about how many businesses involved with emerging technologies, particularly those involving engineering and sciences that are valuable to defense, aerospace, and aeronautics, contract with federal government agencies. Private equity investment in government contracting is nothing new but has increased continually in recent years. He also talked about how government contractors face distinct challenges when purchasing, selling, or restructuring their businesses. Because of the highly regulated industry, buyers and sellers of government contracting businesses must understand and navigate the nuances of government contract law, including applicable statutes and regulations, which Richard also went over with the attendees.

Richard focuses his practice on litigation with an emphasis on government contracts, employment law, complex business litigation (including trade secret and non-compete litigation), and civil litigation.

Drawing upon his experience in the U.S. Army Judge Advocate General’s (JAG) Corps, Richard has successfully represented clients dealing with issues related to government contracts, non-competition agreements, and trade secrets throughout the Southeast. He regularly handles matters requiring immediate action – motions for temporary restraining orders and preliminary injunction hearings – particularly in cases involving non-compete agreements and claims of misappropriation of trade secrets. He has also successfully represented clients in appeals before many appellate courts, including the U.S. Courts of Appeal for the Fifth, Sixth, and Eleventh Circuits, the Alabama Supreme Court, and specialty courts like the U.S. Court of Federal Claims.

Richard has negotiated favorable severance packages, employment contracts, and partnership agreements and assisted clients in mergers and acquisitions, including in the highly regulated area of federal government contracting. He has also represented executives and companies in internal investigations and corporate governance matters. 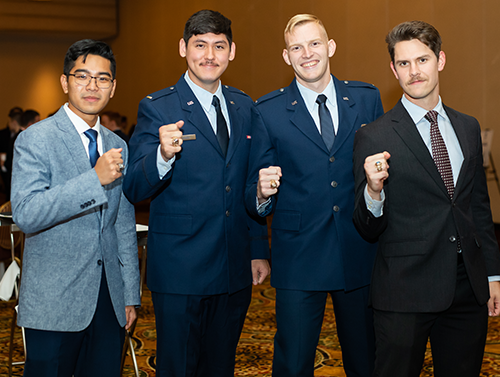 Applications for the 2023 ACE Program are now being accepted

SEPTEMBER 1, 2022 - On Friday, August 12, 2022, after a grueling 56-hour Capstone event earlier in the same the week, the 2022 Advanced Course in Engineering (ACE) interns were honored during their graduation ceremony held at the Turning Stone Resort & Casino, in Verona NY.

Approximately 100 friends and family members gathered in the Oneida Ballroom that evening to honor and wish well the 43 ACE interns that completed the 10-week long program.

The ceremony began with the Presentation of Colors and National Anthems of the United States, the United Kingdom and Switzerland, representing the three countries of the 2022 ACE Interns.

During the graduation ceremony, the interns were presented with graduation certificates and ACE coins. Keynote speaker, Col William Young, Graduated Commander of the 350th Spectrum Warfare Wing, spoke to the graduates about courage, accountability, and preparation. “You must know the technology and the preparation, but you must have the courage to make the call, even when you fall short…It’s hard to be mad at someone who owns up to their mistakes…ACE 2022 graduates, the accountability is one you have to own up to, “said Col. Young. 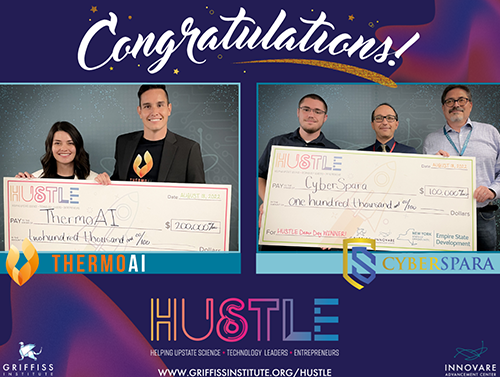 AUGUST 19, 2022 - Griffiss Institute President & CEO Heather Hage hosted the HUSTLE Defense Accelerator Demo Day, on August 18, where attendees, both in person and online, experienced the region's best and brightest seed-stage startup companies as they made their pitches for $300,000 in prizes, made possible by a $2 million Upstate Revitalization Initiative grant from Empire State Development, recommended by the Mohawk Valley Regional Economic Development Council (MVREDC). Winners are expected to use the funds to scale their new ventures in the Mohawk Valley. The event was a celebration of the culmination of the HUSTLE Defense Accelerator program and offered local food, drinks, and networking opportunities.

“Access to mentors and capital are critical for tech startups to start strong and grow healthy here in the Mohawk Valley”, said Heather Hage, President and CEO. “Our region offers outstanding opportunities for tech startups, with leading edge research facilities, diverse minds, a culture of grit and tenacity, and a high quality of life with low cost of living. Programs supporting startups to traverse the early stages of team and technology development are essential to the growth of our regional economy and the delivery of defense solutions that keep America safe. Thank you to Rome Lab, New York State, and all the local leaders who volunteered their precious time to mentor and support our HUSTLE teams on their way to Demo Day.”

"Congratulations to this year's HUSTLE teams on your robust approach to employing multiple capabilities at different levels and partnering with the Government in advancing developing technology and defending national interests," said Col Fred E. Garcia II, Director of AFRL Information Directorate. "We look forward to working with you as you progress in your respective disciplines and continue to work with the department of defense to open the door to countless opportunities. 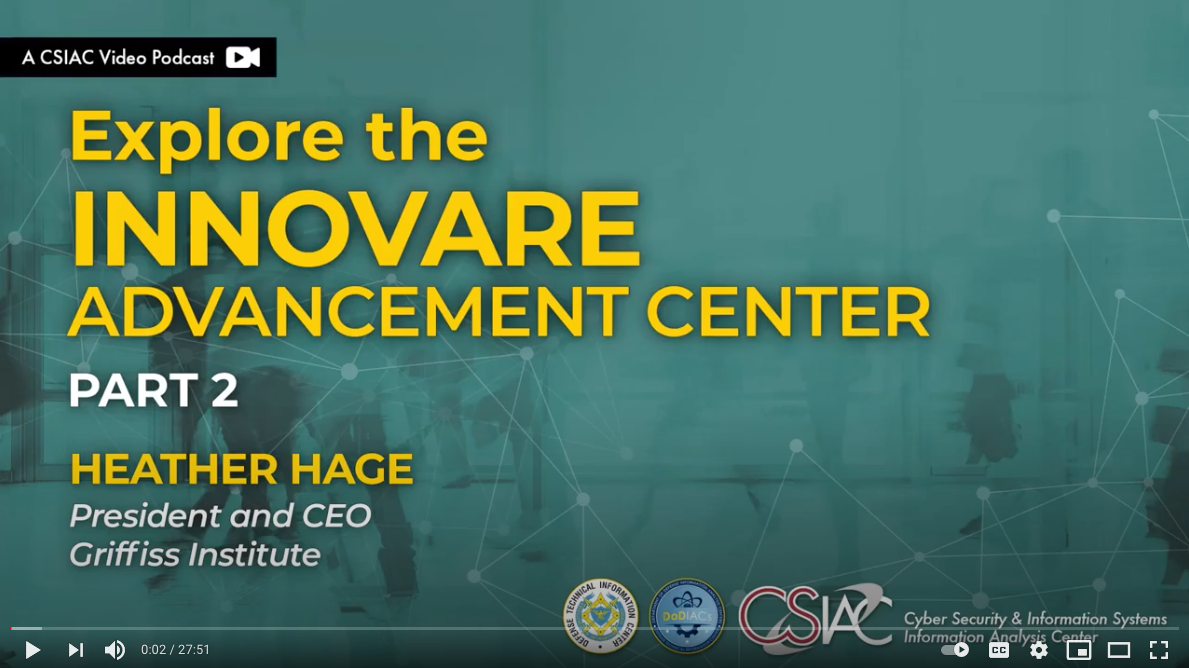 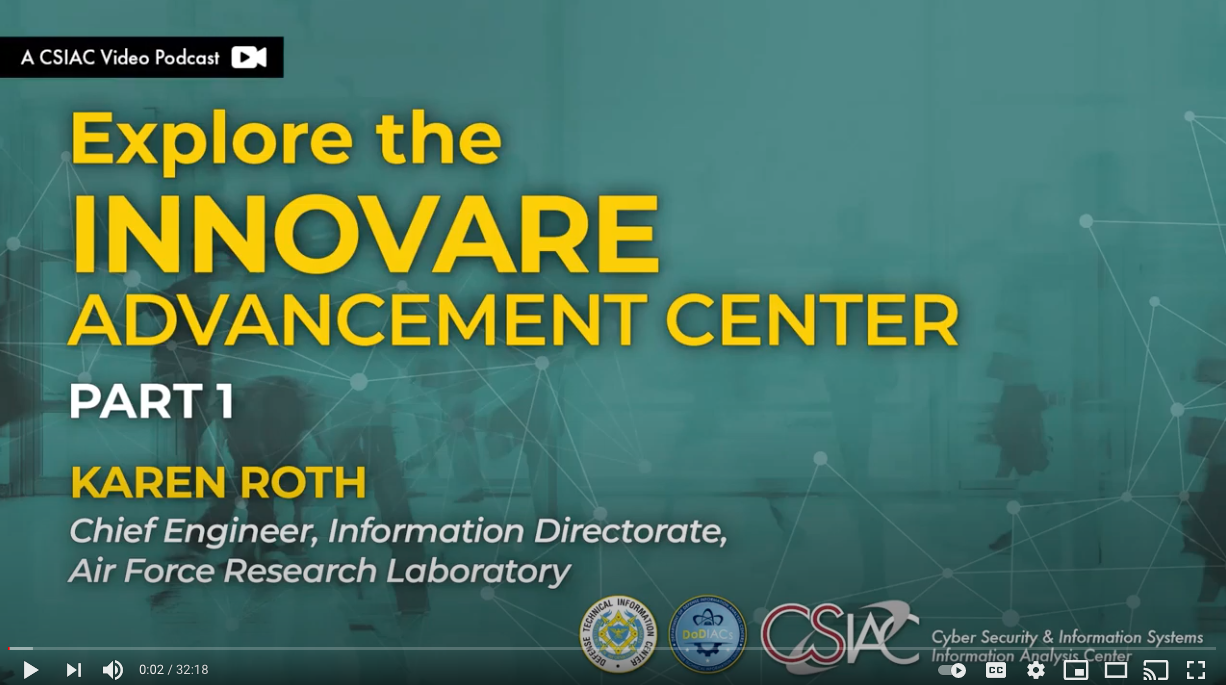 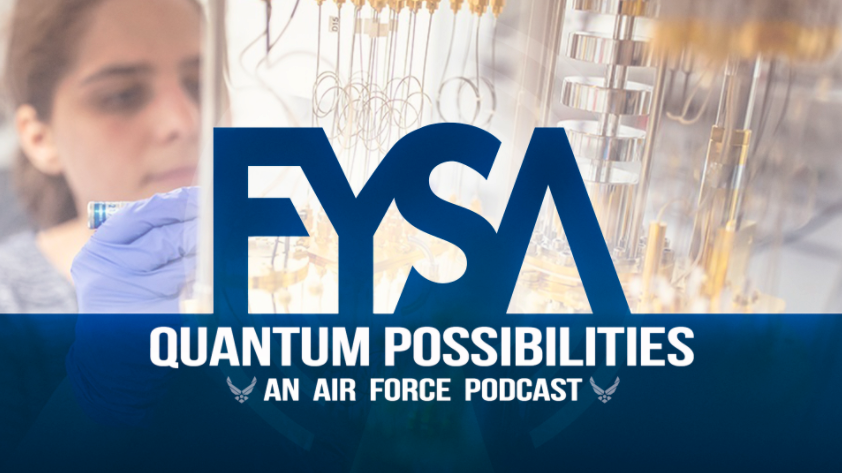 02-02-2021 – FYSA: Quantum Possibilities For your situational awareness, harnessing the power of quantum will advance technologies that impact the warfighting domain in revolutionary and unprecedented ways. Step into the minds of prominent scientists from the Air Force Research Laboratory in Rome, New York, as they paint a picture of quantum's possibilities and how the Air Force is accelerating it into reality. LISTEN NOW >

Inside HPC: $25M Federal Funding for Quantum R&D for GlobalFoundries and PsiQuantum (4/8/2022)

Daily Sentinel: Picente outlines host of initiatives in state of the county address (4/6/2022)

Observer-Dispatch: Millions in additional funding is on its way to Rome Labs. How the money will be spent (3/11/2022)

Observer-Dispatch: Anthony Picente to deliver 2022 State of the County address to live audience this year (3/10/2022)

WIBX 950AM: Cutting Edge Technology Research Comes To Rome With Opening Of Innovare (7/8/2021)

CNYhompage/WUTR: Innovare kicksoff Annual ‘Ask Me Anything’ Challenge Event in May (5/6/2021)